eggshell (noun): the thin, hard, outer layer of an egg.

yolk (noun): the round yellow part in the middle of an egg.

(Notice how the L is silent in the word yolk)

egg white (noun): the clear liquid of an egg. When it is cooked, it turns white.

hard-boiled (adjective): to boil an egg until the egg white and the yolk become solid.

scrambled egg(s) (noun): a dish prepared by mixing the white and yellow parts of an egg together while heating them.

dozen (noun): a group or set of twelve of the same thing

free-range (adjective): a system of farming in which animals are kept in natural conditions and can move around freely. They are not in cages. 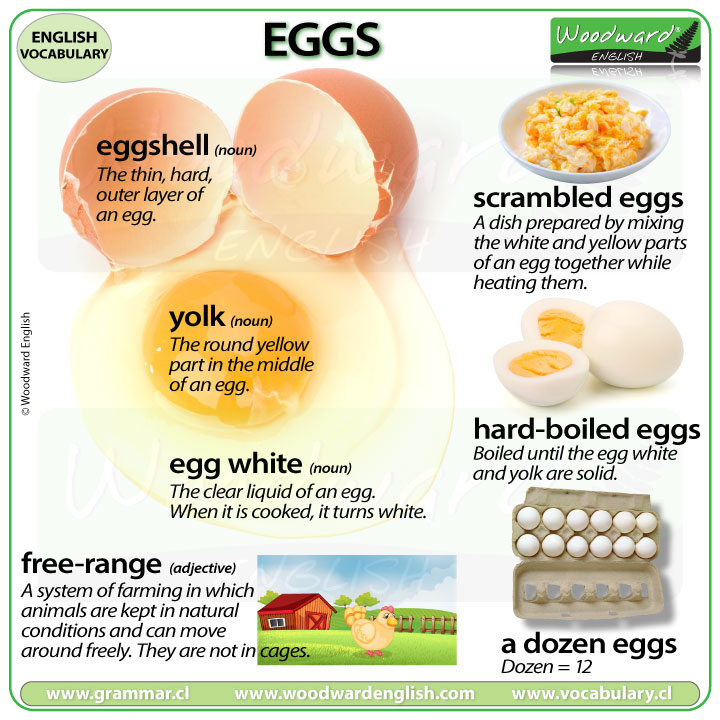