The icing on the cake – Idiom meaning

First, before we look at the meaning of this idiom, what is icing?

Icing = a sugary substance used as coating on cakes or cookies (biscuits) to make them look better or to enhance its flavour.

The meaning of Icing on the cake

The icing on the cake has two meanings and they strangely happen to be opposites.

This idiom can be used in a positive sense and a negative sense.

Positive meaning = an additional good thing happens to something that is already good or positive making that situation even better.

Negative meaning = an additional bad thing is added to another bad thing that has already happened making the situation worse. In this case the idiom is used in a sarcastic (or ironic) way.

The frosting on the cake

Another version of this idiom is “the frosting on the cake” which is used more in American English. 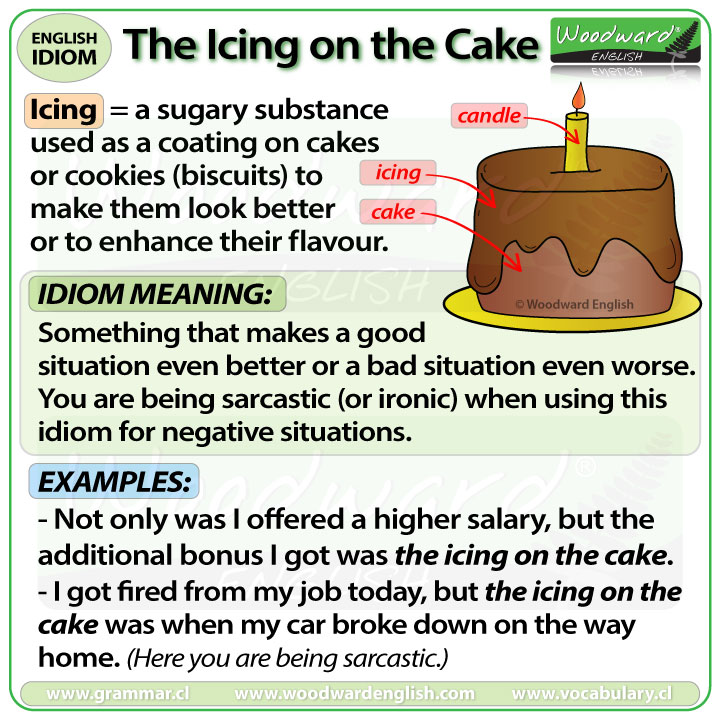 Has anything recently happened to you that was the icing on the cake?