Parts of the Mouth – English Vocabulary

Tooth (singular) – Teeth (plural)
The plural of tooth is teeth.

tooth (noun): The hard white structures in the mouth that are used for biting and chewing food.

tongue (noun): The muscular organ in a mouth that is used for tasting, licking, and for articulating speech in humans.

gum (noun): The firm area of flesh in the mouth to which the teeth are attached.

cheek (noun): Either side of the face below the eye. It can refer to the outside or inside part.

saliva (noun): The liquid produced in your mouth that helps you to swallow food.

palate (noun): The top part of the inside of the mouth. This is commonly referred to as the roof of the mouth.

lips (noun): The soft edges at the opening of the mouth 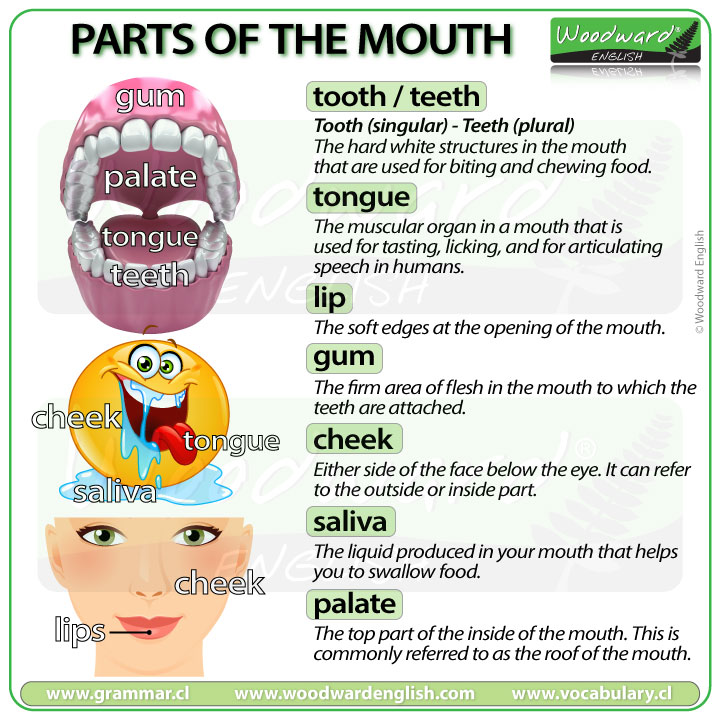