On Friday morning (in New Zealand) I woke up to the news that Queen Elizabeth II had died at age 96.

This was a total shock to me and I’m sure it was for so many others.

That day, I decided to change the LIVE English lesson that I had planned for an open conversation about Queen Elizabeth II.
It was relaxed, it was respectful.

People in the chat shared their thoughts and feelings about this historic event. She had been Queen for over 70 years … that is longer than most people have been alive  on this planet.

What is the Royal Cypher?

One of the curious facts that I mentioned in this conversation was about the Royal Cypher and how it will now change in design due to King Charles III being the new sovereign.

Do you know what the ROYAL CYPHER is?
It’s a royal symbol that is unique to each monarch.
Queen Elizabeth II had her own.
King George VI had his own.
Yes, it’s going to change for King Charles III.
Do you know what the new royal cypher will be?
I explain more about this in the video. 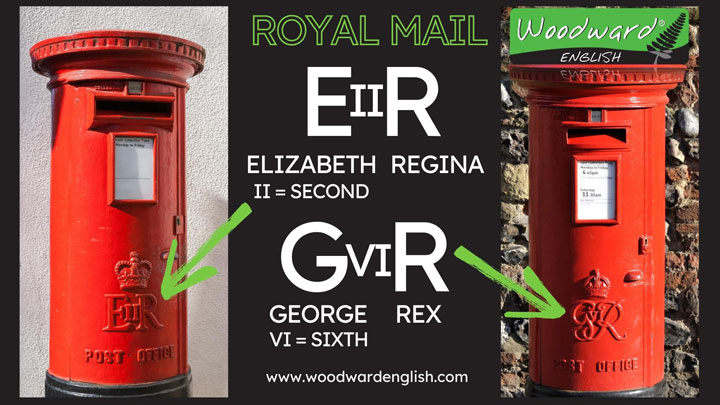