Word order of Adjectives before a Noun

We have created a new grammar lesson about the most common order of Adjectives before a noun.

Why do I say the most common order?

Because there seems to be no fixed, definitive order for adjectives when they appear before a noun. The information we have compiled on that page, which was then used for creating our chart, is based on the most frequent occurrences. 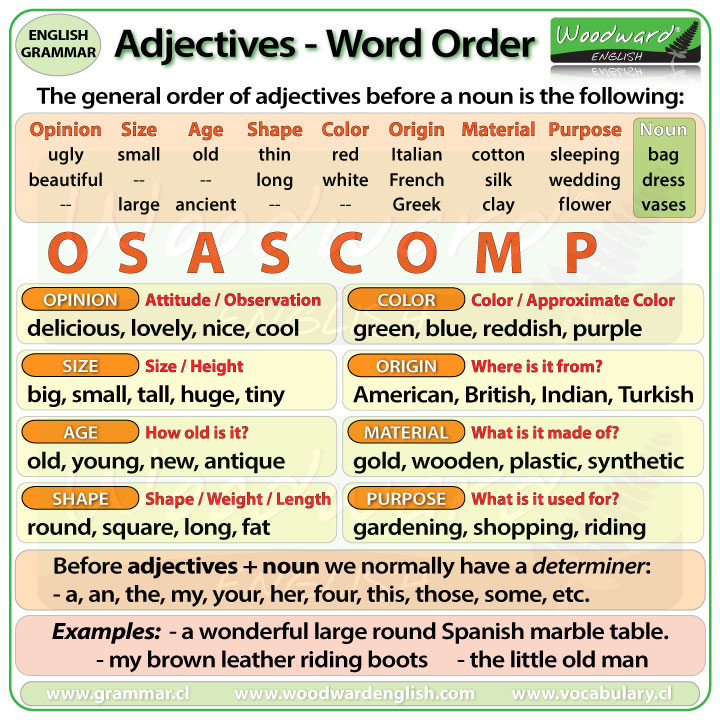 This is now based on the mnemonic OSASCOMP that is taught in many schools.

So, let it be known from here to the end of eternity that this will now be the OFFICIAL correct version … just kidding 🙂

What? You would like another version?
Try this version where I have included the categories of Numbers and Condition. 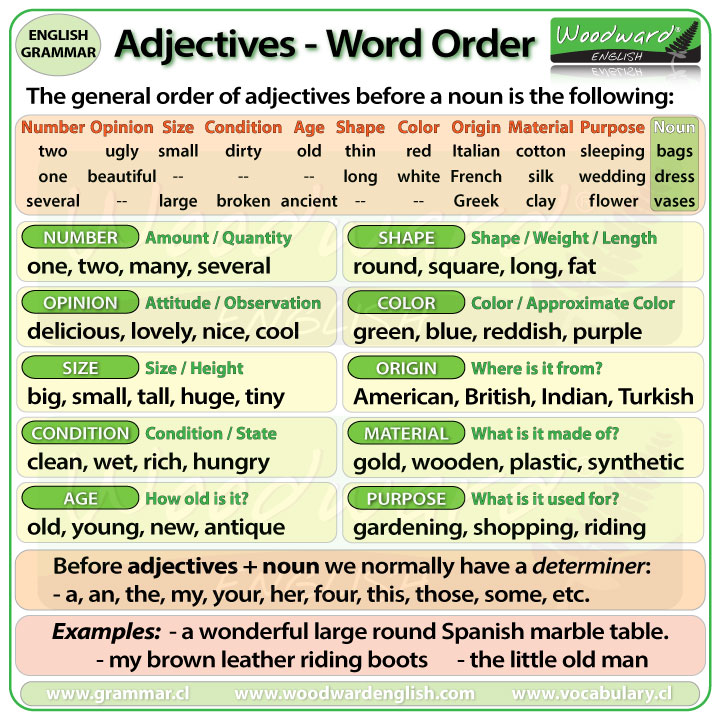 Wow, TWO versions to choose from!

Now, back to the boring stuff…

On that new lesson you will find an explanation of each of the types of Adjectives that go before a noun.

We also have a very simple game to practice the order of adjectives before a noun on our grammar website.

If you are looking for the older version of the adjectives word order chart, you can find it here: