GET AROUND – phrasal verb – meanings and examples

The English phrasal verb GET AROUND has the following meanings:

1. Get around = to become known

2. Get around = to go to different places.

(intransitive) When someone moves about or can go to different places without any difficulty, especially if you are old or have a health issue. It means to go from place to place. Synonyms include move, travel, and go places.

3. Get around = to avoid a problem or rule

(transitive) To find a way to avoid a problem or difficulty. To find a way of doing something that is against the rules but without actually breaking them. Synonyms are to avoid, evade, circumvent, or bypass.

Notice this regional difference:
Get around => American English
Get round => British English
With this meaning, get round is used in British English instead of get around.

Get around – Summary Chart 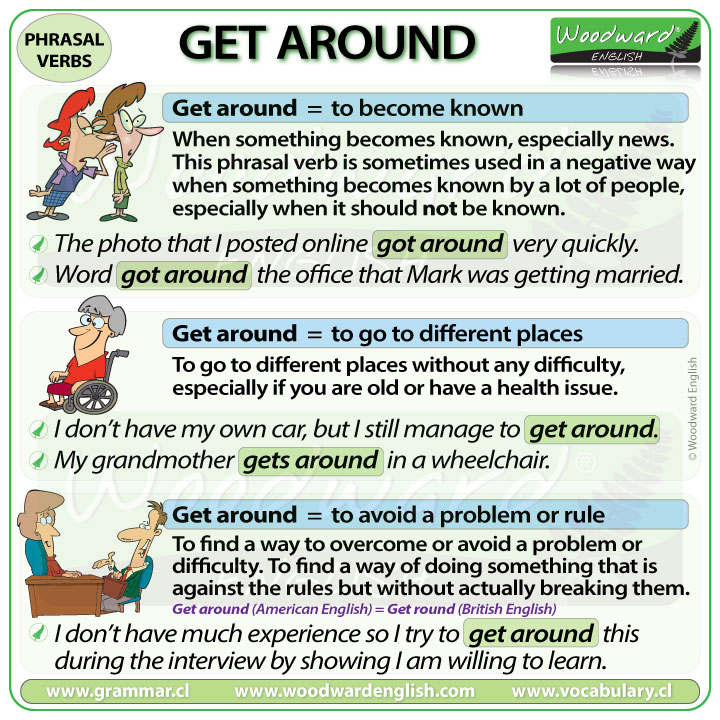