Raise vs. Rise – What is the difference?

Raise and Rise are similar in that they both mean that something is increasing or going up.
Something moves to a higher position.
However, there is a difference.

Raise is a transitive verb which means it needs an object.
Raise + object
Someone/Something raises something to a higher position.

What did Sarah do?
Sarah moved her hand to a higher position.

Rise is an intransitive verb which means it doesn’t have an object after it.
It refers to the action of going up by itself. 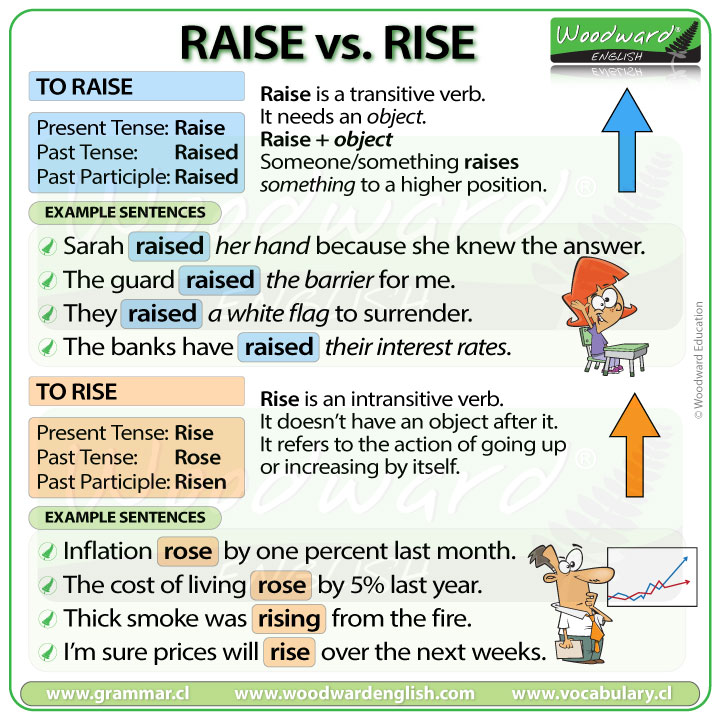 RAISE has more than one meaning. Let’s look at some other meanings of RAISE.

Raise = to increase the amount of something

Raise = to mention something so people will discuss it. 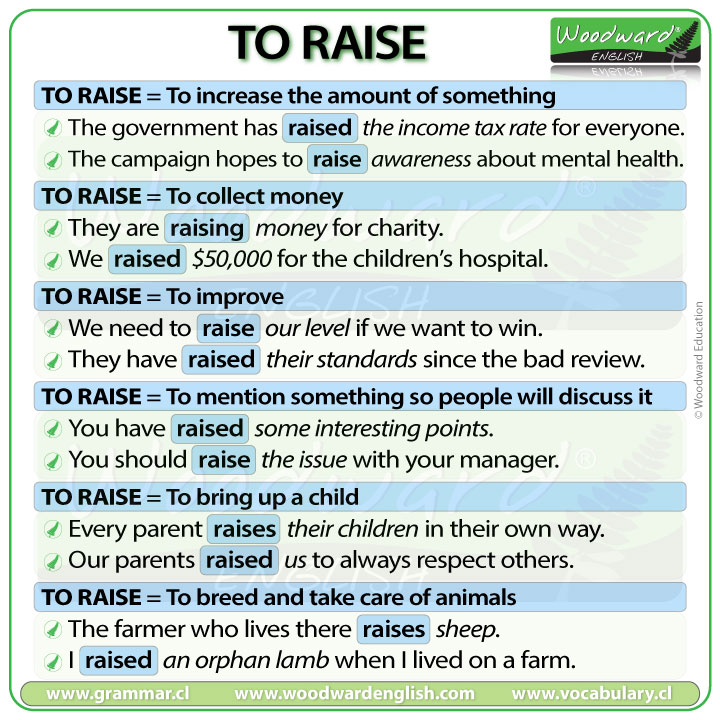