The English phrasal verb PUT OFF has the following meanings:

(transitive) When the time or date of something is rescheduled to a later time, especially because of a problem.
With this meaning you can have the object in the middle of the phrasal verb or after it. You can say put the decision off (in the middle) OR put off the decision (at the end).

2. Put off = to cause someone to lose interest

(transitive) When something makes someone lose interest or have negative feelings toward something (or someone). Sometimes this happens because of what they said or did. To discourage someone from something.

(transitive) To distract or disturb the concentration of someone.

With this meaning you can only have the object in the middle of the phrasal verb NOT after it. You can say put me off (in the middle) but you CANNOT say put off me (at the end). 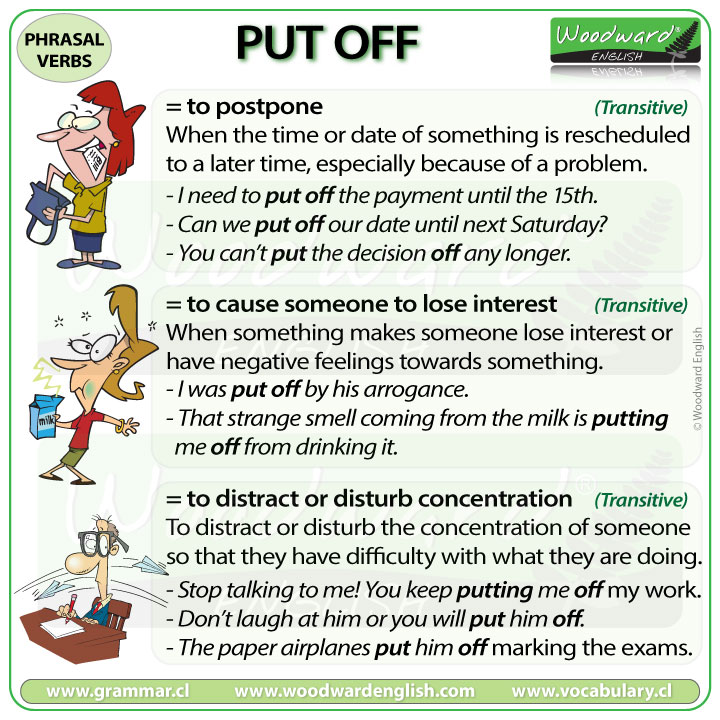