Look at these two sentences.

Why did we use FOR in the first sentence and SINCE in the second sentence?

For and Since are prepositions.
Let’s look at the difference between these two words. 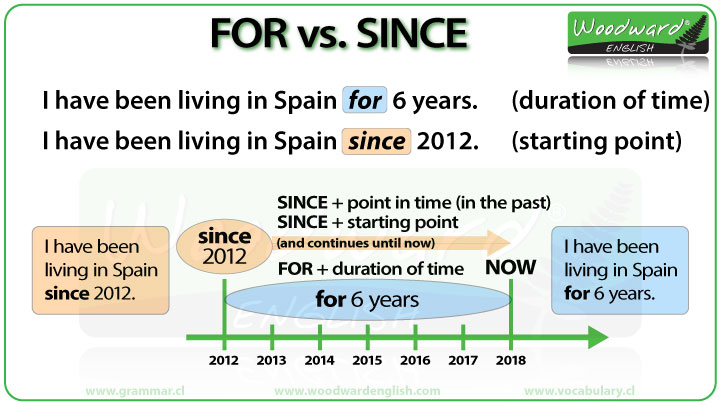 We use SINCE with the starting point of when something happens and that continues until now.

I continue to live in Spain now so we say:

Since gives the starting point of actions or events and refers to when things began.

Since + a point in time (in the past)
Since + starting point

So I can say…. I have been living in Spain FOR six years.

We use FOR with a duration of time.

So let’s look at the two sentences again…

(FOR is used because we are giving the duration of time)

FOR is used with a period of time.
This is often a number plus a time word.

FOR is used when we measure the DURATION of something or how long it lasts.
It has a start point and an end point and can be used in different tenses.

Here are some example sentences:

SINCE is used with a starting point or a time or date.
It refers to something that started in the past and continues until now.
SINCE is mostly used with the present perfect and perfect progressive tense.

Here are some example sentences:

Notice how everything after FOR refers to a duration of time.

However, the time period does not need to be exact. For example:

We could also say For a long time (which is less specific) or more informally, for ages.

Another inexact duration is:

For a while which normally means for a short period of time, not a long period.

Now let’s look at some examples using SINCE:

Notice how everything after SINCE refers to a starting point. 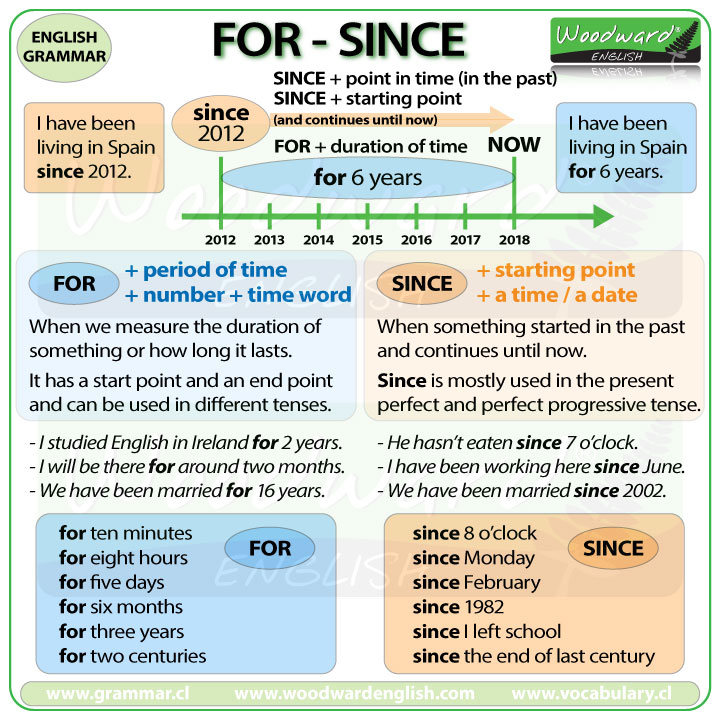 Shares
Lesson tags: Common Mistakes, For, Prepositions, Since, Time
Back to: English Course > Prepositions in English