ON Time vs. IN Time – What is the difference?

ON time vs IN time – English Prepositions

The meeting was scheduled for 10 a.m.

Well, both are correct BUT they have slightly different meanings.
Let’s look at the difference between these two prepositions before the word time.

When something happens on time, it happens at the planned time.

Despite being stuck in traffic, I managed to get to the meeting on time.
This means I wasn’t late. I arrived at the planned time.

This means she never arrives at the correct time. She is never punctual.

When you are in time, you are early enough to have spare time, usually to be able to do something else.

= before something happens
= before the scheduled time
= with time to spare

Look at these sentences:

The project was due at 10 a.m. We finished it a couple of minutes before it was due. 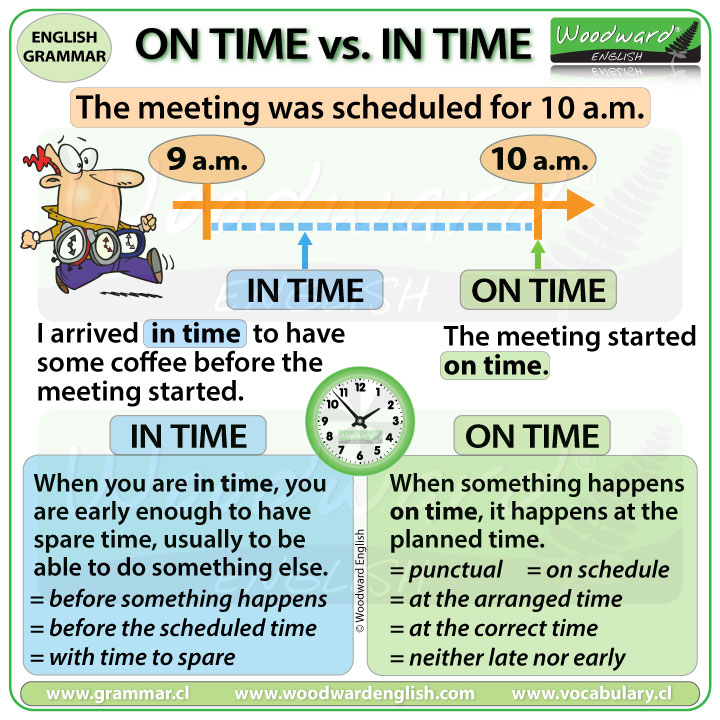 Are you normally on time for things?
(Or do you often arrive late to things?)

Shares
Lesson tags: At, Days, On, Prepositions, Time
Back to: English Course > Prepositions in English