A couch potato is a person who spends a lot of time watching television and does little or no physical activity.

A couch potato is often considered lazy or very inactive because they prefer spending long periods of time in front of a TV instead of going outside or doing physical activities. This sedentary life-style is often accompanied by eating unhealthy snacks or junk food.

You don’t necessarily doesn’t need a couch (or sofa) to be a couch potato. You can be watching a lot of TV from anywhere including an armchair, a beanbag or just sitting on the floor. However, it is commonly associated with sitting on a couch without moving much.

This English idiom has nothing to do with the vegetable so why is the word potato used? Well, have you ever seen a potato running down the street, playing sport or at the gym? NO… because they don’t move AT ALL!

Another reason the word potato could be used in this expression is because potatoes have ‘eyes’, which are needed to watch TV. (See below)

What are potato eyes?

Yes, potatoes have eyes though they are not like the eyes humans and animals have to see. The eye of a potato is the common name given to the small sprout or bud part that sticks out a little from the potato. This can eventually become a potato plant (if placed in the ground) and more potatoes can grow from it.

Eyes is an informal word to describe this sprouting bud part of a potato. 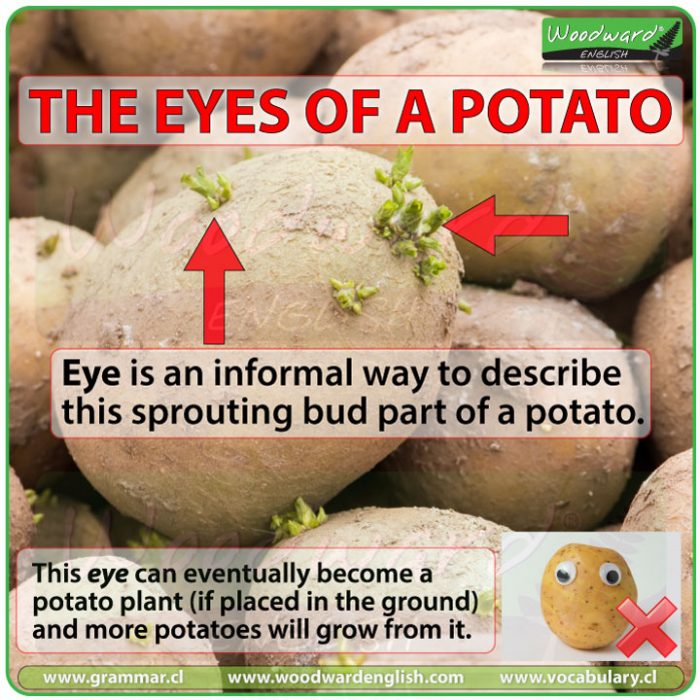 So no, you don’t have to worry about potatoes creepily looking at your from the garden …… or do you?

Did you also know that corn have ears? Yes they do but that’s for another lesson. 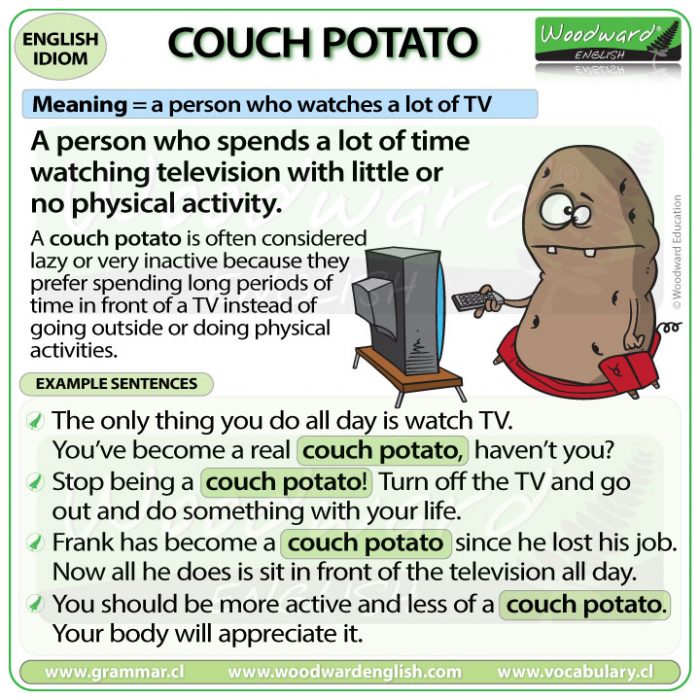