The English Idiom TAKE FOR GRANTED has the following meanings:

1. Take for granted = to fail to appreciate (something/someone)

To take (something/someone) for granted means to NOT appreciate something/someone as you should, as you believe it will always stay the same or be available.
To give little attention to or to underestimate the value of something or someone, especially once it has gone.
To treat something/someone in a careless or indifferent manner without considering its true value.

2. Take for granted = assume something as true

When a person assumes that something is true without even questioning it or knowing if it is true or not. 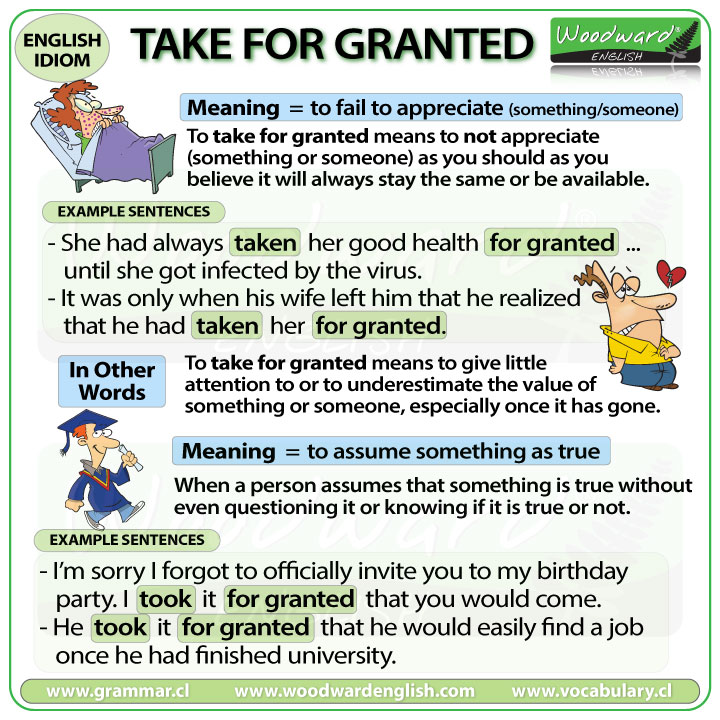 You may have noticed that this English idiom needs an object and this is positioned in the middle of the idiom.

You may also be interested in our lesson about the Phrasal Verb Take For.

Practice – Use this idiom

If you have been (or currently are) in lockdown, what is something you realized you had taken for granted before lockdown?