The seasons in English

There are four seasons. The names of the seasons in English are:

Fall is used in American English.
Autumn is used in British English.
The letter N at the end of autumn is NOT pronounced.

The names of seasons do NOT start with a capital letter in English unless it appears as the first word of a sentence. 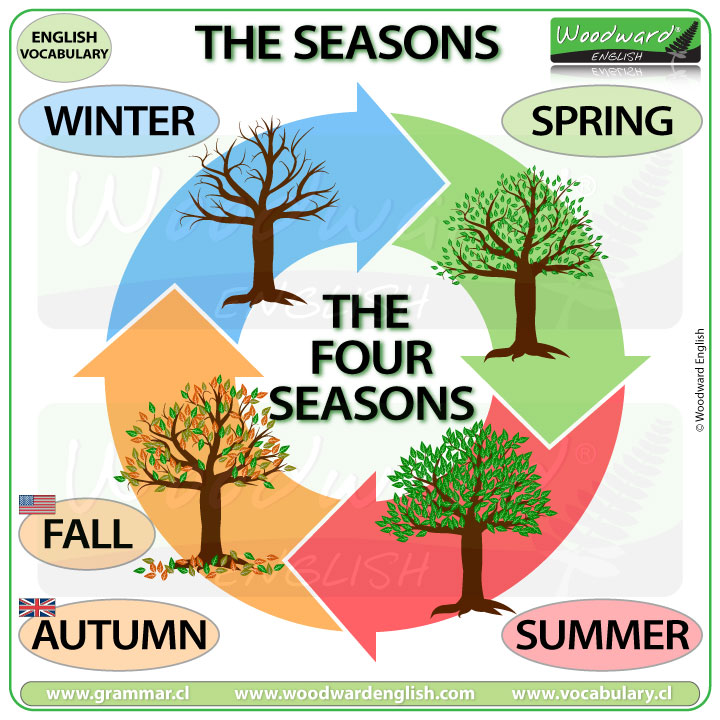 Typical vocabulary associated with each season 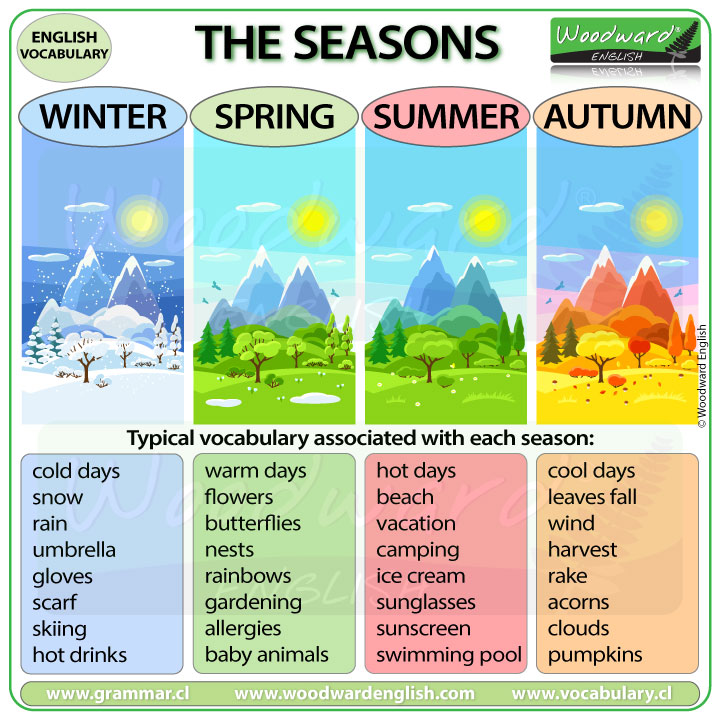 We use the preposition IN before a season.

When are the seasons? 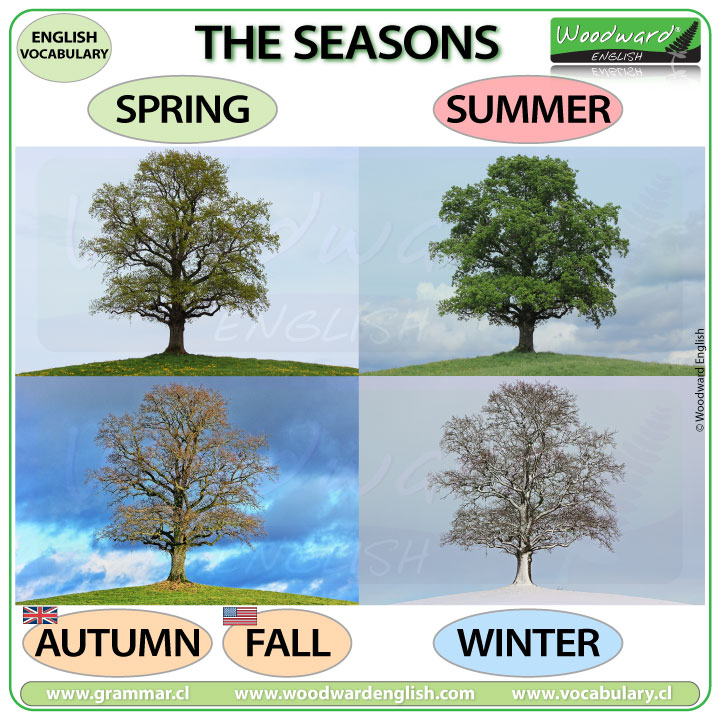 What season is it now?
It is …