Still, yet and already are adverbs of time.

Let’s look at the different meanings and uses of each adverb.

Still can refer to an action that was not expected because of something else.
It happened despite what has just been said.

Position of STILL in a sentence

Still is used before a verb or adjective

If the verb has two parts, still goes in the middle between the auxiliary and the verb.

BUT if the sentence is negative, still goes before the negative auxiliary verb. 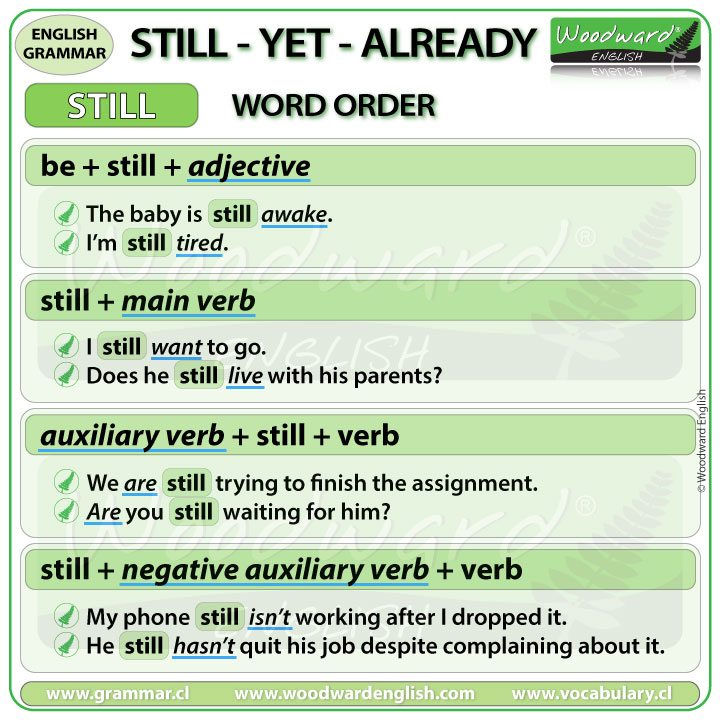 Yet is used in questions and negative sentences.
Yet = now, up to the time of speaking

When YET is used in a question, it is to ask if something (expected) has happened.
Example questions using YET:

Yet can refer to an action that is expected (but has not happened). Notice how in this case YET is used at the end of negative sentences.

Position of YET in a sentence

You can see that YET mostly comes at the end of sentence or question. But there is an exception:

YET is sometimes used in affirmative sentences in formal English though it is not common to hear it. In this case, it is not placed at the end of the sentence but after the verb to be.
We have included this use in case you come across it. 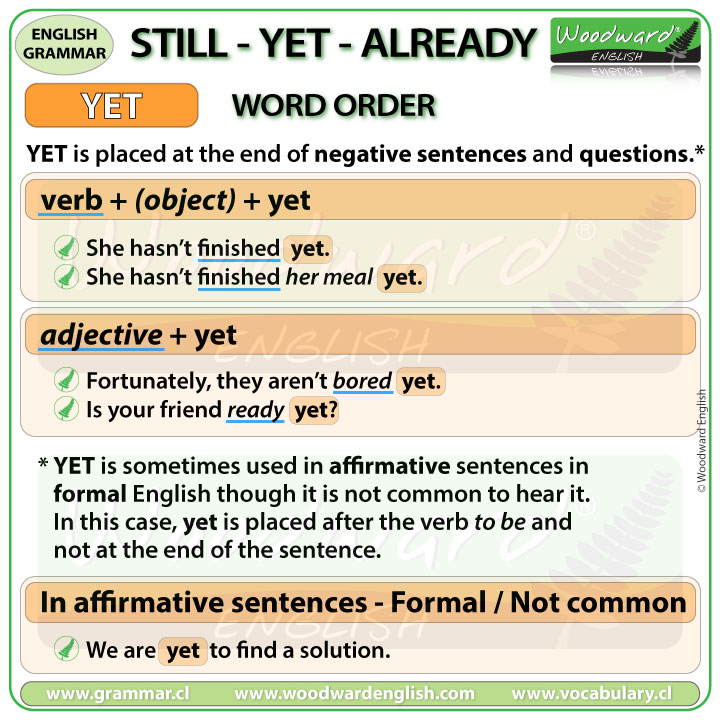 Already is used in affirmative sentences, mostly in a perfect tense* or present simple tense.
Already can refer to an action that has happened (sooner than expected).
Already can be used to say that something was completed before something else.

* You may hear/read already used in the Past Simple tense by American English speakers. (More about this difference later)

Position of ALREADY in a sentence

Already is used before a verb or adjective.

In spoken English, already can be at the end of a sentence for greater emphasis (or to show surprise)

Now, following word order for YET depends on whether American English or British English is used.

In American English, the word order is already + main verb. This main verb is in the Past simple tense.

In British English, the word order is auxiliary verb + already + verb. This verb is a past participle in a Perfect tense. 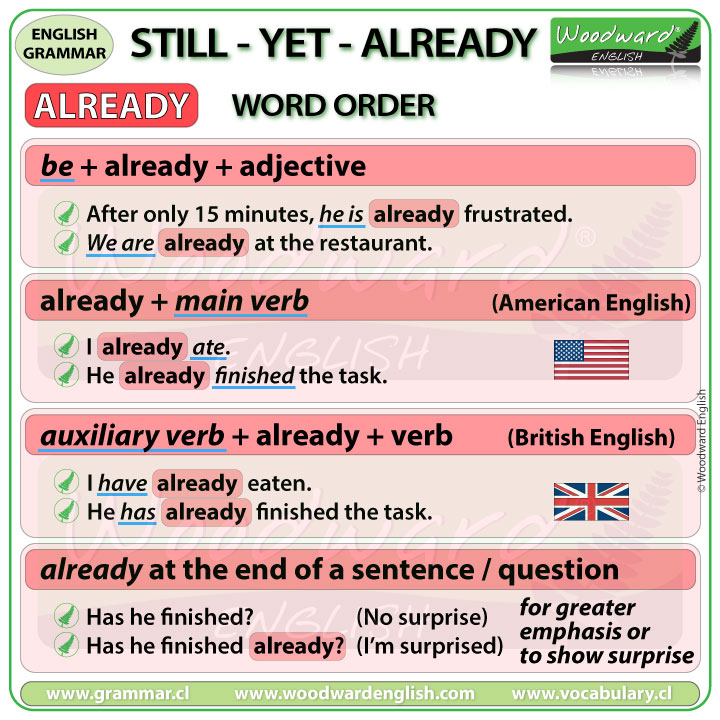 Let’s look at this difference a little more…

While Yet and Already have the same meaning in American English and British English, you should know that they can be used with different tenses. 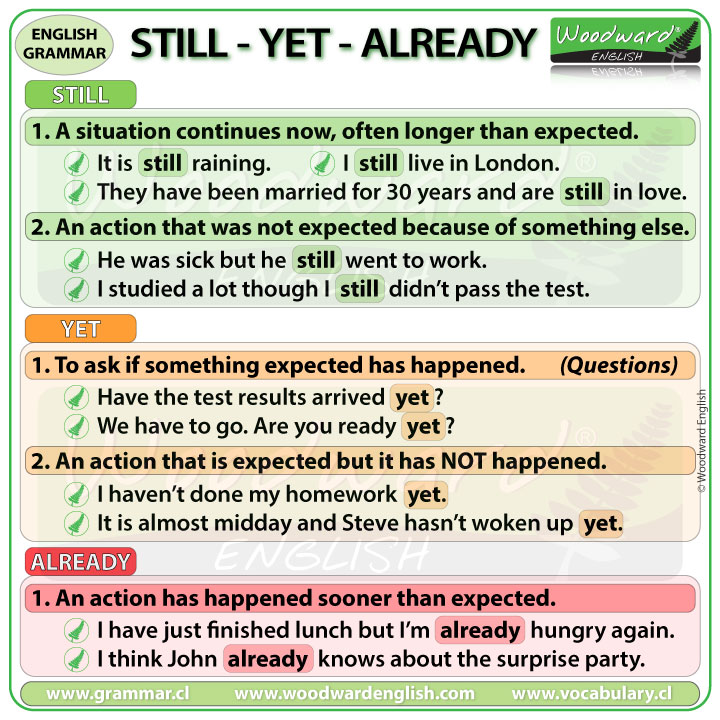