The English phrasal verb TAKE ABACK has the following meaning:

1. Take aback = to be surprised or shocked

(transitive) When someone hears or sees something that they were not expecting to hear/see and they are surprised by it. When a person is caught off guard and is surprised or shocked and as a result may not be able to respond to it immediately. The person is startled by a sudden event and doesn’t know how to react for a short while.

This phrasal verb is mostly used in the Passive Voice.
To be + taken + aback

Notice how we use the preposition by after this phrasal verb when you mention the thing that surprised you after the it… Take aback by (something).

Taken aback is different from Take back (take back = return something). 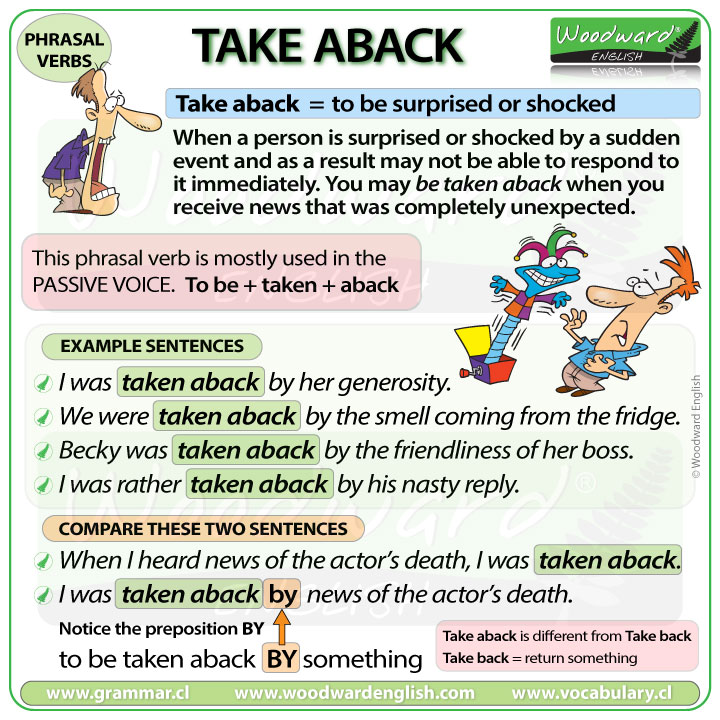