The English phrasal verb TAKE OVER has the following meanings:

1. Take over = to begin control control

(transitive) When someone begins to have control of something and is in charge of responsibilities, people, or duties. To begin to do something that someone else was doing.

2. Take over = to buy out the ownership of a company

(transitive) Take over can also mean conquer, especially in historical situations (a king taking over another country). 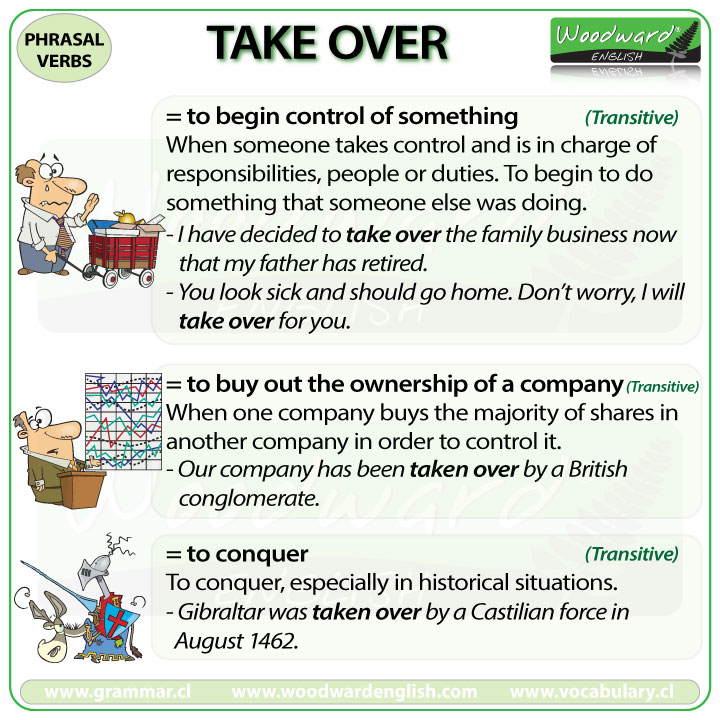