In general, WILL is used to talk about the future.

Let’s look at how to create sentences and questions with WILL.

Affirmative Sentences with WILL

WILL is a modal verb. This means it follows the same rules as the other modal verbs.
It only has one form for each subject:

The word WILL doesn’t change.

You can see that in these sentences GO is used after WILL for all subjects.

In spoken English, a contraction of WILL is often used. 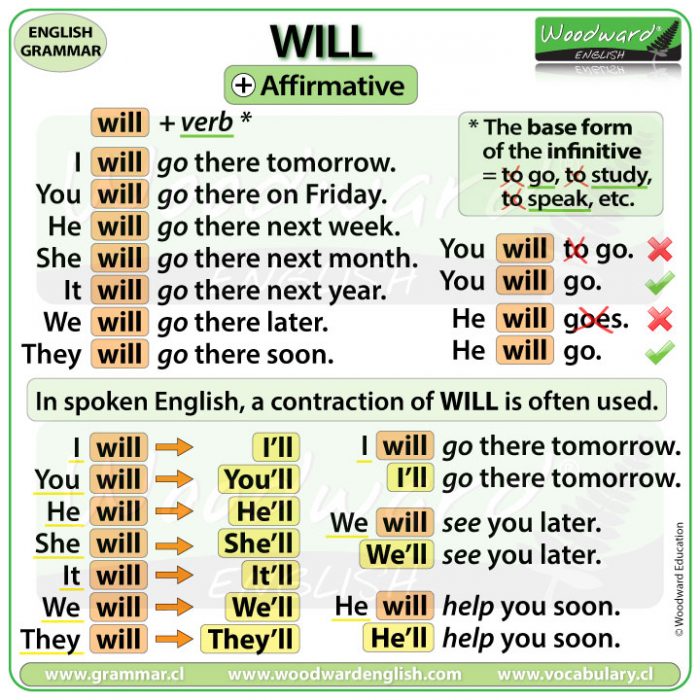 Negative Sentences with WILL

To create a negative sentence with WILL, we just add NOT directly after it.
I will (affirmative) becomes I will not (negative)

Let’s look at the rest of the subjects.
Affirmative ➡️ Negative

BUT, in spoken English, the contraction WON’T is used more than WILL NOT.

See our lesson about the difference between ON TIME and IN TIME. 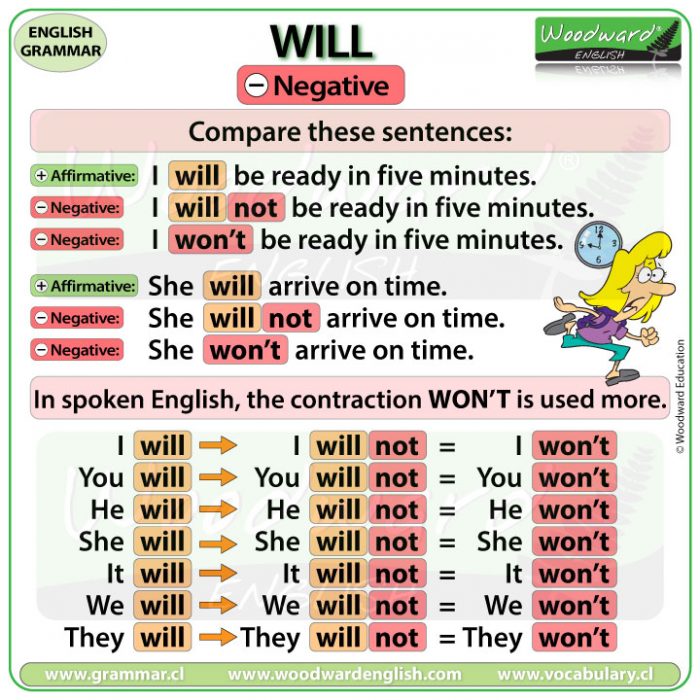 Just like with other modal verbs, we change the order of the SUBJECT and WILL to make it a question.

This is an affirmative sentence.
In order to make it a question, we change the order of the subject (YOU) and WILL. It becomes:

How can you answer a question with WILL?

BUT, we don’t use a contraction with affirmative short answers.

(You cannot say: Yes, I’ll. ❌ – We don’t use a contraction with affirmative short answers.)

Look at this question:

A possible answer is: Yes, he will

BUT, if we want to know the time it will happen, then we can use the question word WHEN at the beginning:

Since this is not a yes/no question, our answer needs to be different.
One possible response is: On Friday.
This means: He will visit us on Friday.
We don’t need to say the whole sentence and it would sound repetitive.

Now look at this question:

Notice the order of subject + will. (Do you think SHE WILL get angry?)
That is because the first part of the sentence “Do you…?” makes it a question so we don’t change the order of the subject and will.

You can answer: Yes, I do … or No, I don’t
BUT, our short answer can also contain WILL if you want to use SHE as the subject:
Yes, she will / No, she won’t. 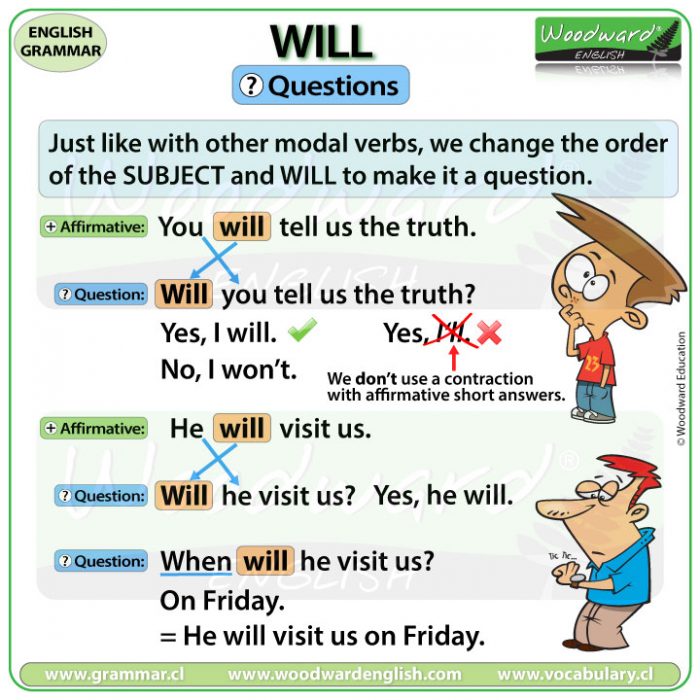 Question Tags with WILL

WILL and WON’T can also be used in question tags.

See our lesson about Question Tags in English.

In our next lesson, we will look at the different uses of WILL and will also compare WILL vs. GOING TO. (Coming next week)

I hope you found this grammar lesson about WILL useful. If you did, please let other people know about it.